OIH operates with support from various experts, including those experienced with IPOs and specialists in the field of industrial-academic collaboration. 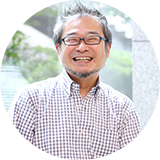 Masao Nakagawa spent 15 years at Sumitomo Mitsui Banking Corporation (SMBC), the second largest multinational bank in Japan, where he supported venture companies in growing their businesses. In 2004, he joined Business Innovation Center Osaka as an Incubation Manager. He has been in his current leadership position as Chief Producer & Project Manager since 2016, working towards his goal of providing opportunities for entrepreneurial education and encouraging Osaka’s companies and entrepreneurs to go global. 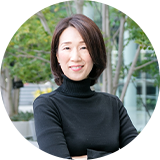 Megumi Ishitobi is in charge of Global Events for OIH. She communicates comfortably in both English and Japanese.She worked for Sumitomo Mitsui Banking Corp. for 8 years, before spending two years working for Citibank Corp. in the U.S., living in New York City. Subsequently she returned to Japan and worked for Sumitomo Insurance Company in their customer service division for 10 years before joining OIH.Being a great team player, an excellent “communicator” and a skilled organizer. She has the ability to put people “at ease” – allowing for fluid support opportunities; and highly productive and communicative interactions with our global partners and startups. 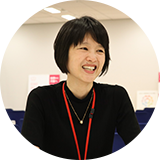 Nae Nakamura was a highly-experienced public servant with more than 10 years experience in helping local businesses and managing overseas partnerships. She is working to build Osaka’s innovation ecosystem by: 1) helping local startups scale globally, 2) developing relationships with corporations and communities, 3) attracting new projects and communities into the Osaka region. 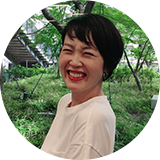 As a born-and-raised Osaka native, Tomoko Suzuki is proud of her cultural heritage. Originally aspired to be a business owner herself, she left her job at an airline company and joined Business Innovation Center Osaka to train herself to think like an entrepreneur. There, she learned the skills to building a successful business and developed a passion for helping other entrepreneurs. For over a dozen years, she has supported the local business community with their promotion, PR and press strategy. She is one of the powerful women behind OIH project, who strives to exceed people’s expectations and turn them into OIH fans. 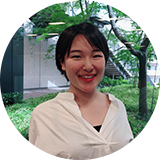 Born and raised in Osaka, Yuka Tsukui started her career in retail. Soon after, she decided to follow her interest in business, moving to Denmark to study and work as an intern at a local research institute, where she was exposed to a project with the organization that supports variety of Japanese companies by promoting and investing globally. The experience inspired her to join Business Innovation Center Osaka, upon returning to Japan. She has hosted a wide range of seminars and events to help local businesses stay up-to-date with the latest inbound tourism and marketing trends. 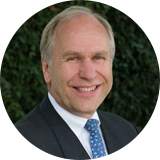 As a venture capitalist and angel capitalist, Mr. Miner is well versed in various fields including IT, enterprise software, international business development and entrepreneurship. As the head of SunBridge Inc., founded with his own funds, he invested in Japanese startup companies such as Macromill, Inc., ITmedia Inc., and G-mode Corporation, and made their initial public offering (IPO) a reality. In addition, he significantly contributed to companies including Salesforce.com, Concur Technologies, Marketo, and Demandware in entering the Japanese market. After the foundation of SunBridge in 1999, aiming to establish startup ecosystems in Japan and act as a bridge between Japan and Silicon Valley, he founded Venture Habitat in Tokyo in 2000, in Palo Alto in 2008, and in Osaka in 2010. He was selected as one of “the world’s top 100 investors in the IT field” in Forbes and Always On. 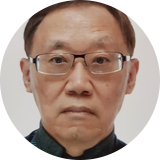 Mr. Sun graduated from Caltech USA with an MS and a Ph.D. in Electrical Engineering and Applied Physics. He is currently Director of Square System, which specializes in 3D technology including scanning of people, objects and buildings as well as AR/VR content generation. He is the founder of Weitek, a pioneer in 3D graphics, and C-Cube, a pioneer in digital image compression; both companies are listed on the US NASDAQ. He also helped to start 10 other tech companies dealing with software and Internet applications, system hardware and IC development. He has been a professor of information technology and entrepreneurship at universities in Taiwan, Hong Kong and China. He received an award from the DVD Forum for lifetime achievement in MPEG technology. He has authored or co-authored 45 papers and obtained 15 patents. 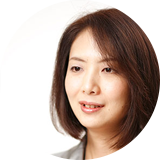 After working for an investment management company, Ms. Fujisawa started Japan’s first investment trust evaluation company in 1996. She was involved in establishment of Think Tank Sophia Bank in 2000, and is President of the think tank now. She is also a member of committees or boards of directors in several government ministries, and an outside board member of companies such as Toyota Tsusho Corporation, a listed company. She disseminates messages regarding hints on the essence of leadership and how to solve societal problems via Internet radio, books, TV, and speeches. She recently wrote The Real Essence of Visionary Leadership ? Do Nothing and Think All (published in February, 2016) and many other books. She was a member of the Osaka City Promotion Council from FY2013 to FY2016. 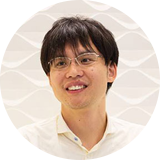 Born in Osaka in 1978, Mr. Tanaka started his business, Sakura Internet, while he was a student at the National Institute Technology, Maizuru College in 1996. The company started to operate a co-hosting service (Sakura Web), which was uncommon in Japan at that time. In 1999, he founded Sakura Internet Inc., and was engaged in development of Sakura Rental Server, a low-cost rental server provided at a low cost of only 129 yen a month. After serving as COO, etc., he has been in his current post since 2008. He has been involved in many groups as a member of boards of directors or committees to develop the Internet industry. He has been a member of the Osaka City Promotion Council since FY2017. 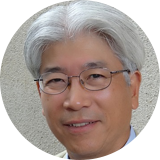 From 2012 to 2013, Mr. Menjo was Special Adviser to Osaka City. From FY2013 to 2014, he was Committee Chairperson of the Osaka City Promotion Council. From 2014 to 2015, he was Special Consultant to Osaka City. For his other career history, refer to http://nsv.com/japan/team/hiroshi-menjo/