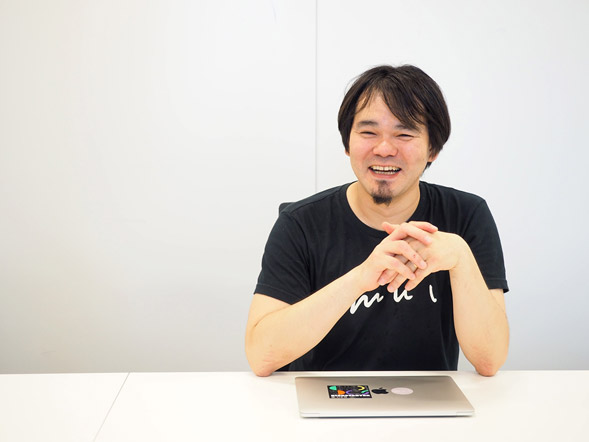 Kyoto-based mui Lab successfully raised over $110,000 in its Kickstarter campaign in 2018, which was later chosen by Kickstarter as the Best of Kickstarter. Their product “mui” also received a CES Innovation Award 2019 in the smart home category.

What’s so innovative about mui? 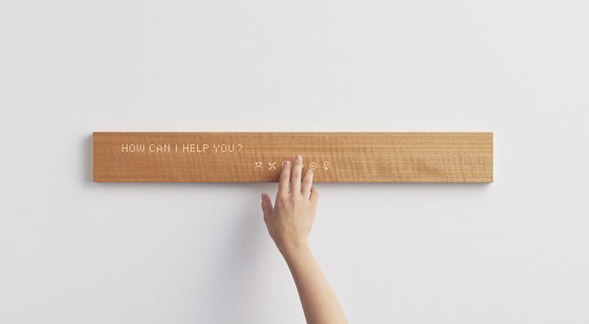 At first glance, it is a simple plank of wood about 70 cm wide on a wall. It goes well with a sleek, minimalist Japanese home as an interior accessory. When the wood is touched, mui is the touch panel that appears on its surface. From there, every touch will take you to different information, applications and control panels. After use, the display disappears into the warmth of the wooden facade without leaving a trace of technology in the space.

They prototyped various materials and it was wood that users loved the most. Using the natural material for digital device, however, was a tremendous challenge in terms of material handling, manufacturing method, quality control and cost. “It was so difficult that our team almost fell apart at one point,” says CEO Kazunori Oki. 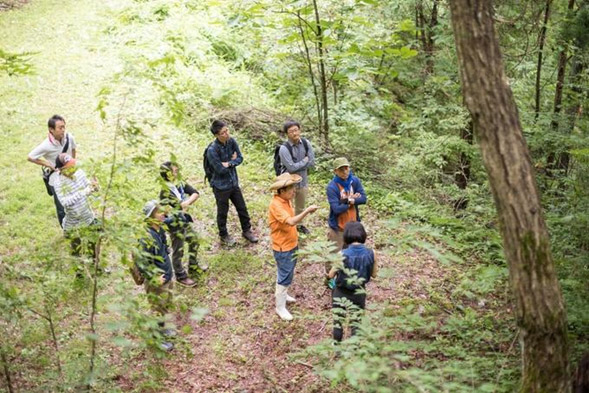 In 2017, Kazunori and the development team decided to take time to have a sincere look at their product and dig deep into the core concept. They stayed in the forest, talked with people who work with wood and discussed why it would be good to use it. “It is the look and feel of the wood that attracts people,” they concluded.

Today, the core concept they discovered is married to full functionality. A user interacts with mui with their eyes on the wooden display and their hands on the touch panel. Their focus now is on refining their business model and collaborating with other companies to apply their technology to new devices.

The name “mui” comes from a Japanese word that means “aligned with nature without trying”. mui Lab is transforming human interactions with technology into something more natural and effortless for who we are.