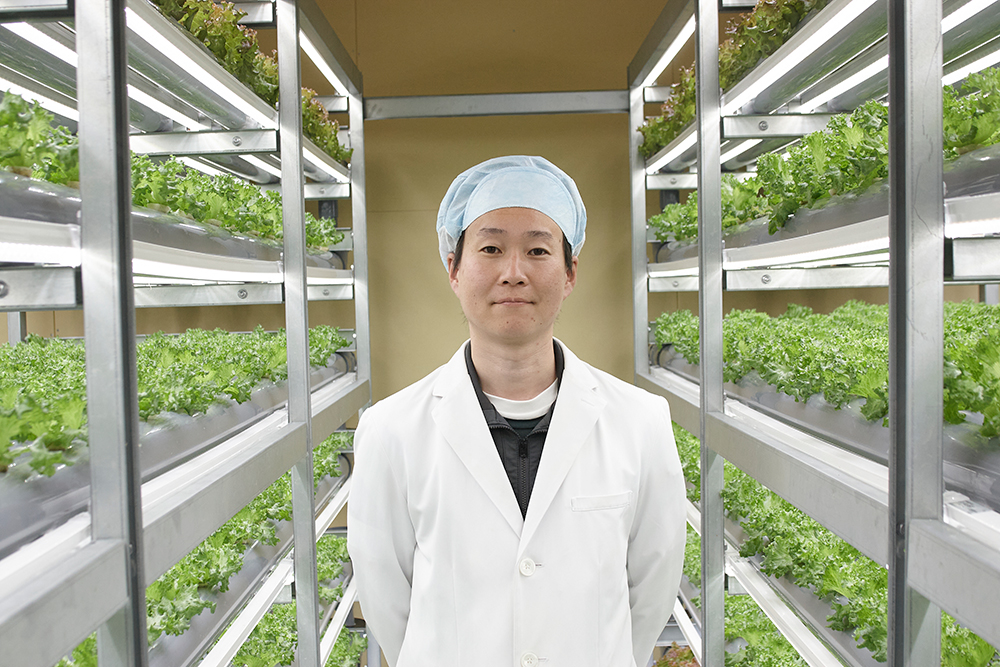 There are a total of 9,647,000 disabled people in Japan, and that number is rising1. Currently, there are about 140,000 support facilities nationwide that support disabled people, with about 1,000,000 staff working in the field.

Although Japan’s food self-sufficiency rate was more than 70 percent in the 1960s, it has now fallen to less than 40 percent. The number of farmers has decreased by half over the past decade to approximately 1.23 million by 2022. Further, about 70% of these workers are over 65 years old, and the aging rate, which is increasing every year, is becoming a serious problem.

Feeling a sense of impending crisis about the future of agriculture in Japan, Tsubasa Sugai, CEO of Spicecube.Inc., thought he could solve the problem by involving small and medium-sized companies, which comprise 99% of Japanese businesses, in the agricultural industry. Discovering that plant factories have the potential to be profitable if they clear the two hurdles of excessive initial costs and closed markets, Mr. Sugai provides support for low-cost commercialization of plant factories, develops material, and dispatches professional personnel as encouragement for more SMEs to enter the agricultural industry.

Mr. Sugai, who calls himself an “agricultural geek”, first became interested in farming in his mid-20s. An acquaintance invited him to volunteer, and he was impressed by the taste of shiitake mushrooms grown using leftover wood. Later, he participated in an apprenticeship program for a tomato farmer in Tottori Prefecture, where he witnessed the analog cultivation methods that depended on the long-standing wisdom of the farmers who instructed him as well as business practices in which even the vegetables that had been tended with great care were ultimately sold for fixed prices.

At that time, Mr. Sugai, who was in charge of a new business at a company that manufactured and sold electrical equipment materials, made a proposal to enter the plant factory business in 2015, which was successfully approved. Nonetheless, the high-quality vegetables grown in plant factories ended up being sold at lower prices than expected when distributed through the usual distribution channels. Although this was a great opportunity for Mr. Sugai, it ultimately resulted in a significant loss. 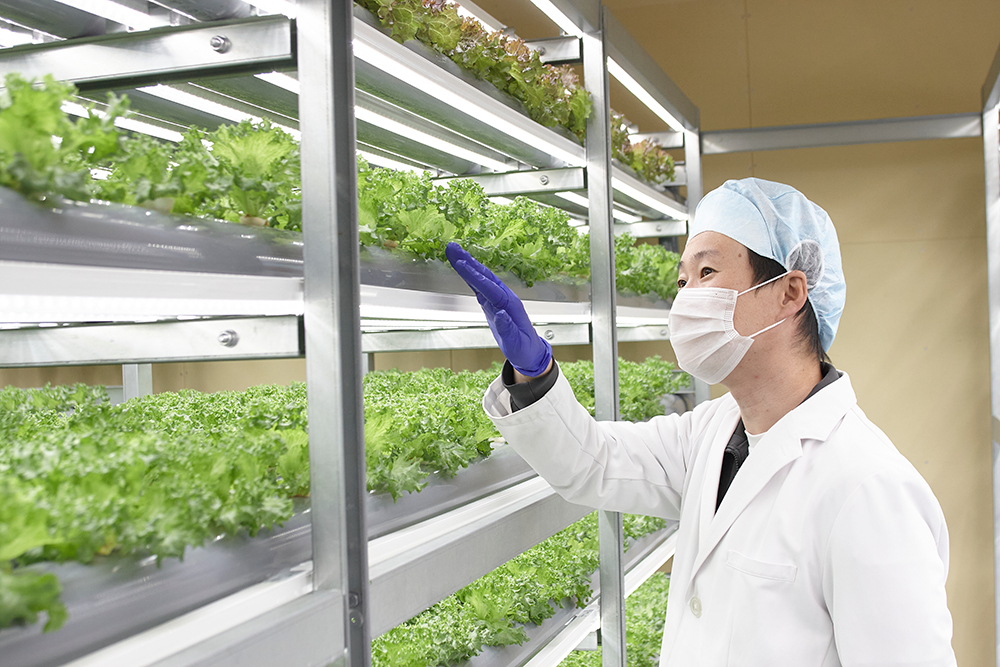 Despite his disappointment, Mr. Sugai objectively considered the cause of this failure and started the preparation of a new business, which lead to the establishment of Spicecube.Inc. in 2018. He developed the necessary equipment for the plant factory and devoted himself to creating a manual for cultivation that quantitatively describes the data at the same time.

The plant factory developed by Mr. Sugai can be incorporated into a small space. Plant factories do not require development of farmland and are not affected by soil quality or climate, so people can start “anywhere” under any climate. Because they are unaffected by wind and rain, plus, the temperature, humidity, and CO2 concentration inside of plant factories are controlled, the risk of poor growth is close to zero if grown according to the manual. Furthermore, since plant factories are free of pests and vermin, plants can be cultivated without pesticides and the harvested vegetables are so hygienic that they can be eaten without being washed. 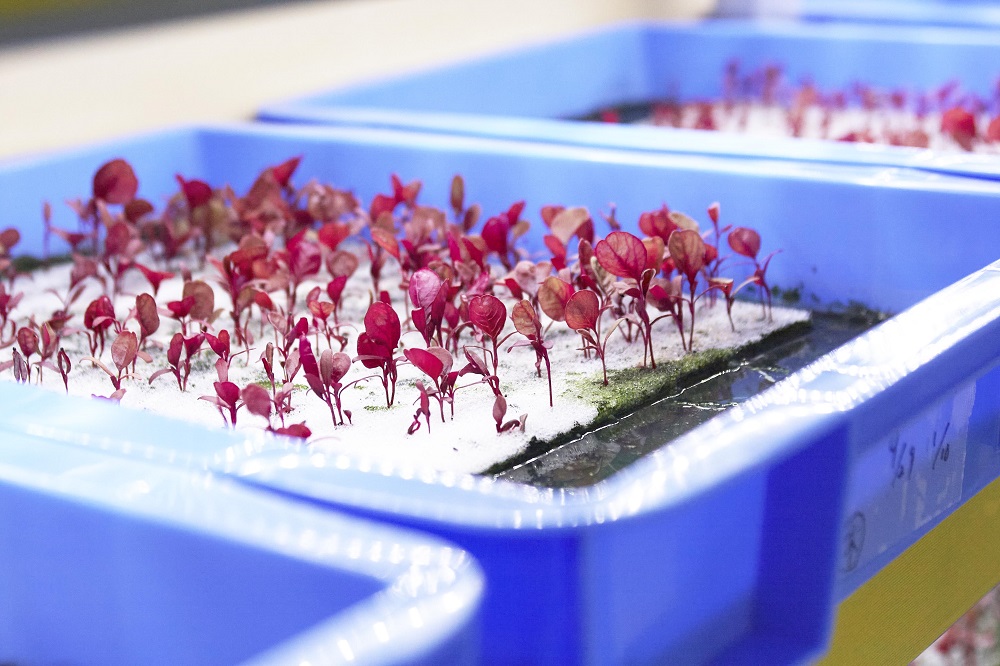 Furthermore, Spicecube has chosen to develop sales its own channels for the vegetables it grows and sells them directly to food factories and restaurants, where there is a high demand for high-quality vegetables. Japan-grown, pesticide-free, safe vegetables, especially rare varieties that are hard to find in the market, are now recognized for their value and can be bought at a reasonable price. Now that Spicecube has established new sales channels, vegetable production and sales have been transferred to a subsidiary, and Spicecube is giving full support for companies entering the plant factory business.

Recently, in response to the voluntary restraint on parties and gatherings due to the new coronavirus infection, some hotels have entered the plant factory business by utilizing their large rooms, thereby steadily expanding the base of agricultural participation. However, this business model comes with the risk of know-how leakage and imitation, but Mr. Sugai is not concerned about this risk at all. 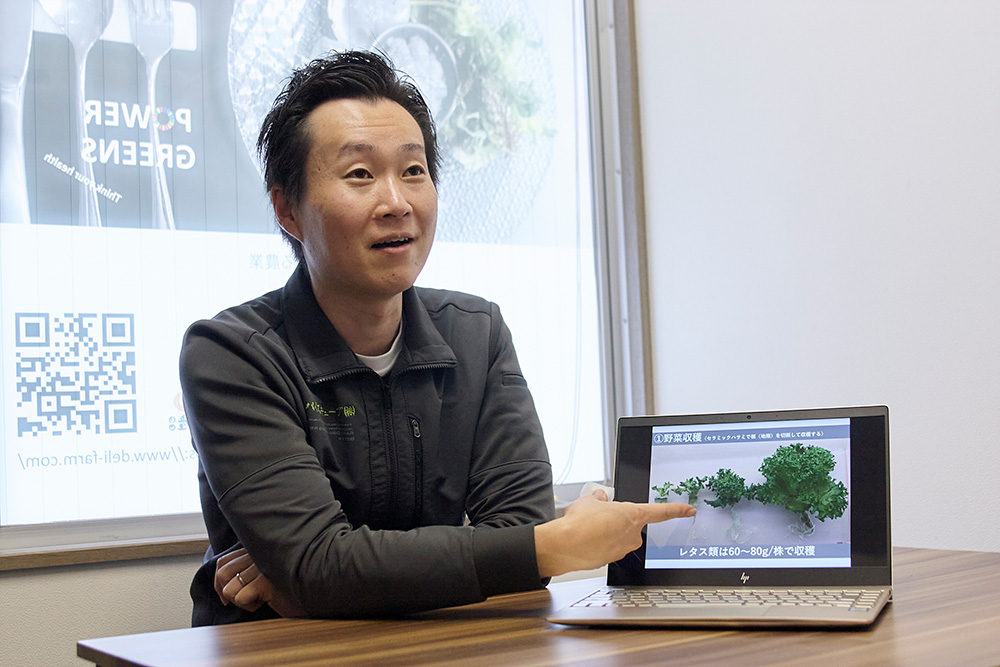 “Spicecube wants to revitalize agriculture as a whole. As such, we have no intention of taking intellectual property rights, and we don’t mind if our technology is imitated. Agriculture in Japan is an industry that has really been into a tight spot, so we need to get as many people as possible involved to boost the industry. This is not the time for technology monopolies and competition. History shows that countries that neglect primary industries tend to decline, therefore I want to help and support Japanese agriculture while I am alive.”