GET IN THE RING Osaka February 20, 2020: An Opportunity for Global Exposure 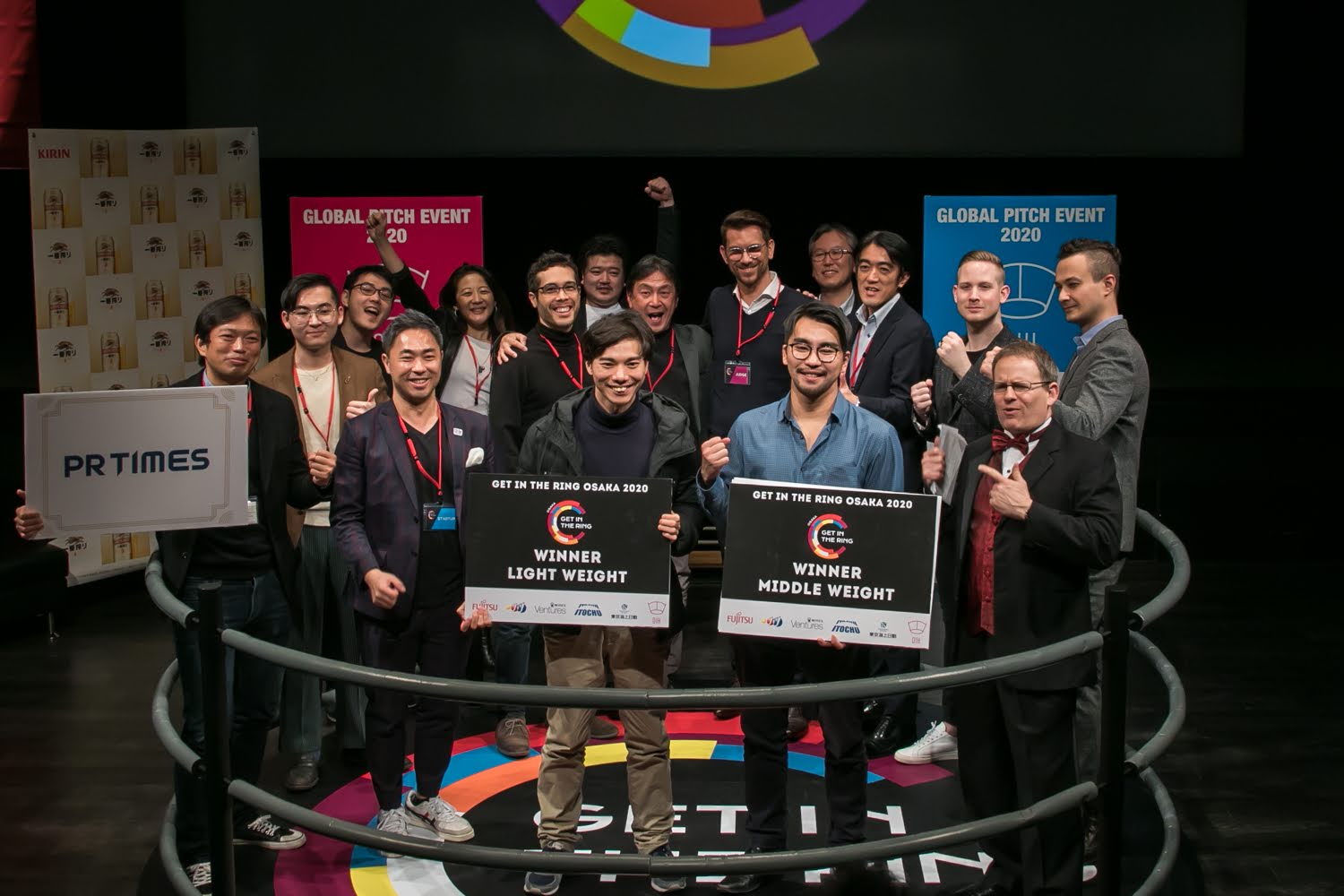 GET IN THE RING (GITR) is a global pitch event hailing from the Netherlands that was started in 2012. There are regional and national competitions held in over 100 different countries. What is unique about this competition is the format. Two startups enter into a real boxing ring to compete in a one-on-one pitch battle, winning over the judges in a limited amount of time.

GITR is an organization that provides the most fun and effective way for Start-Ups, Innovators, and Dreamers, to create impact and get noticed. Osaka Innovation Hub has collaborated with GITR for four years in a row to help young entrepreneurs in Japan, take their first steps up onto the global stage.

During the selection round (taking place during the day) of the Lightweight Class, 5 startups were narrowed down to a total of 2 that would go on to compete in the ring. In the Middleweight Class selection round (also taking place during the day), 6 startups were then narrowed down to a total of 4 who would compete in the ring. The final events are held in the evening of the same day.

The ringmaster, Nathan Brian, kicked off the event, and the three judges, Naoyuki Ushio, Taisuke Alex Odajima and Tim S. Miksche, were brought into view. 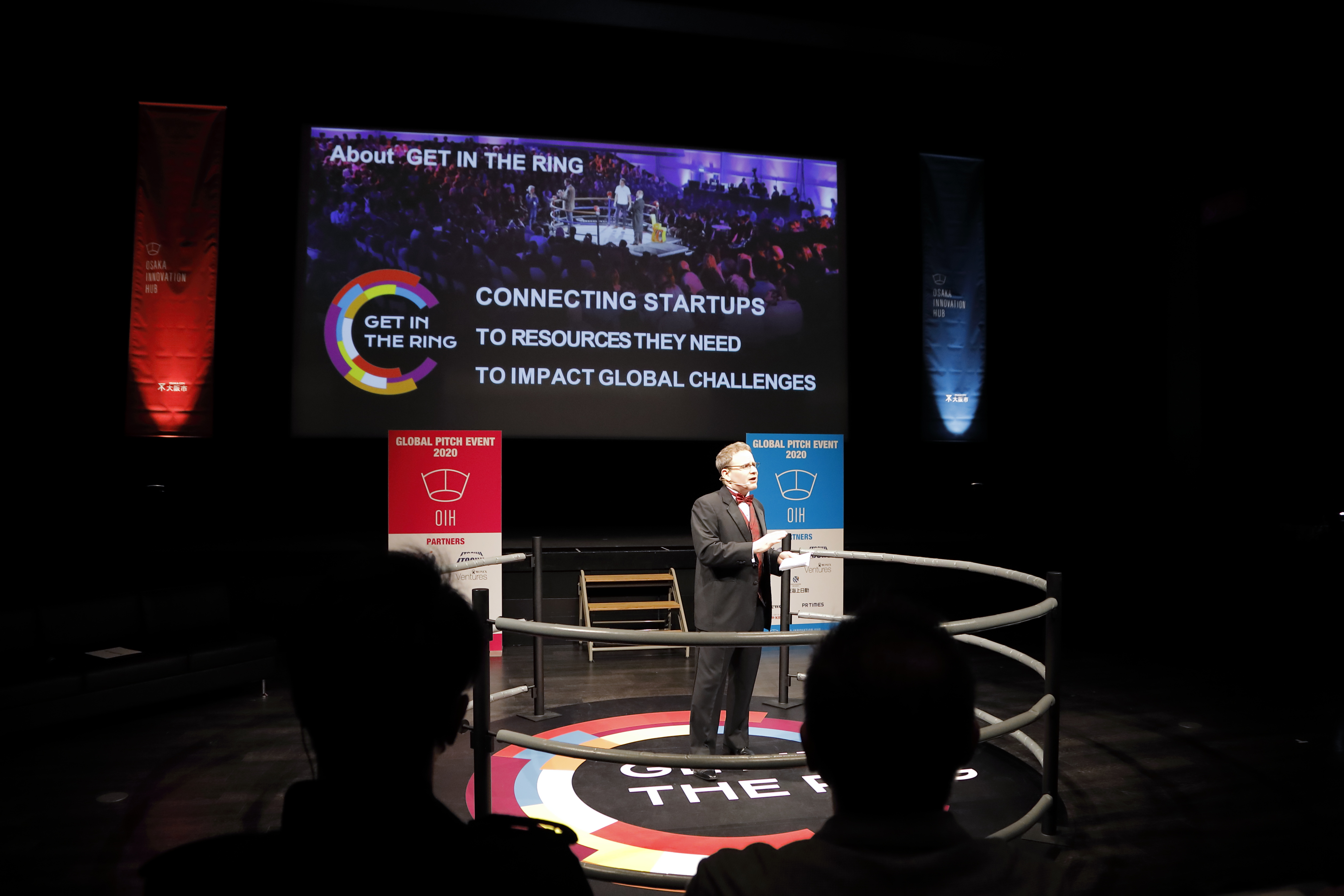 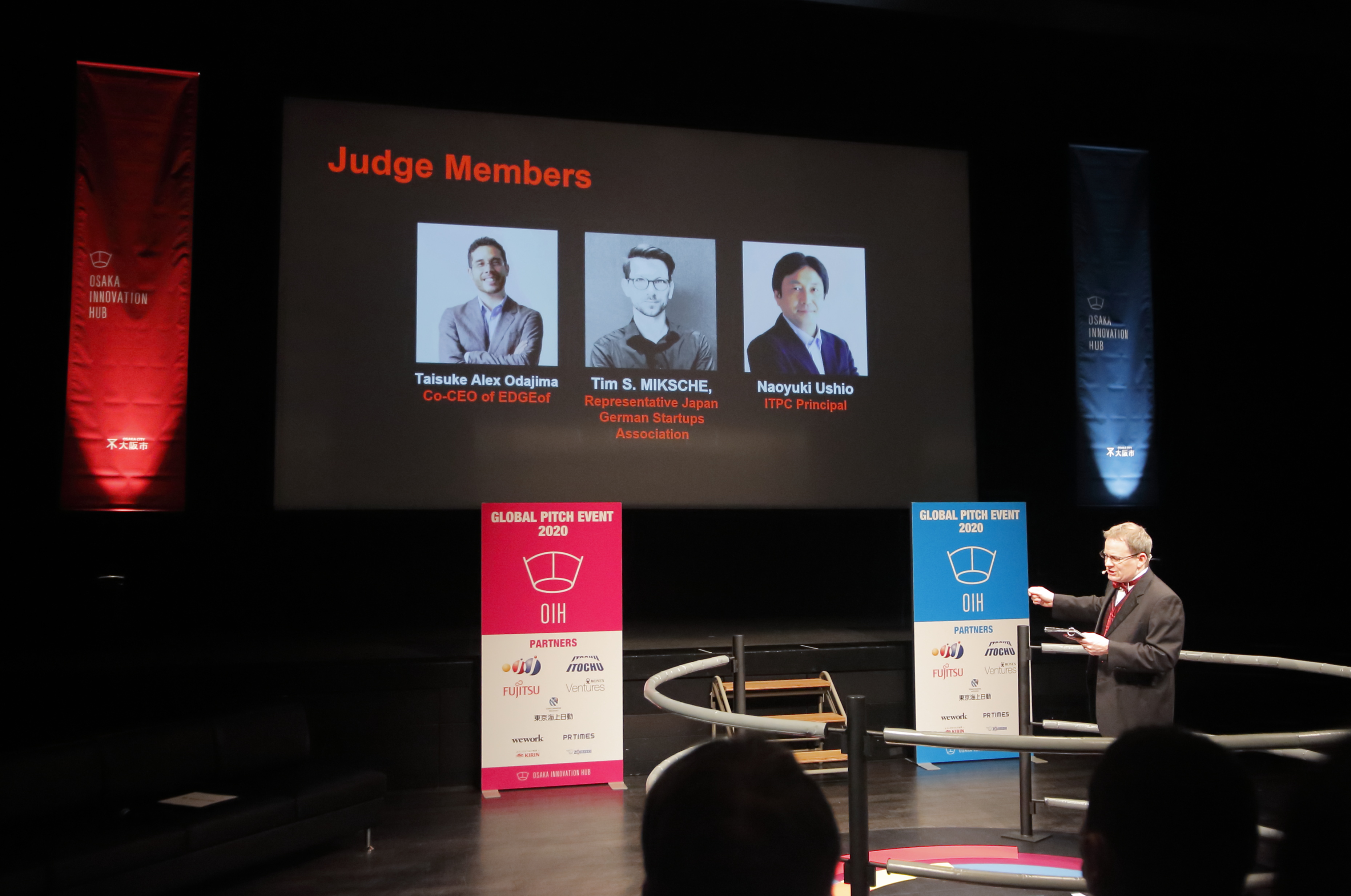 Each GITR battle starts off with a 1 minute intro, and then they have 5 rounds of 30 seconds each.

The Lightweight Class Final Battle started with an introduction of HoloAsh, Inc. by its co-founder and CEO Yoshua Kishi, followed by his competitor’s intro, an Oxford MBA holder, and founder & CEO of Root Inc., Keisuke Kishi. Yoshua passionately shared the importance of their “A.I. Friend” app, as well as his personal story of overcoming challenges he faced growing up, which led him to become a serial entrepreneur. On the other hand, although Root is still a one-person company, Keisuke has diverse expertise in tech, business, and farming. The unique concept of his services: helping people partake in the enjoyment of being part of the farm ecosystem remotely, and – assisting small farmers in earning stable revenue through the use of online technology, IoT, and A.I., has already gained traction with companies that have large customer bases.

The winner of the Lightweight Class was HoloAsh, Inc. 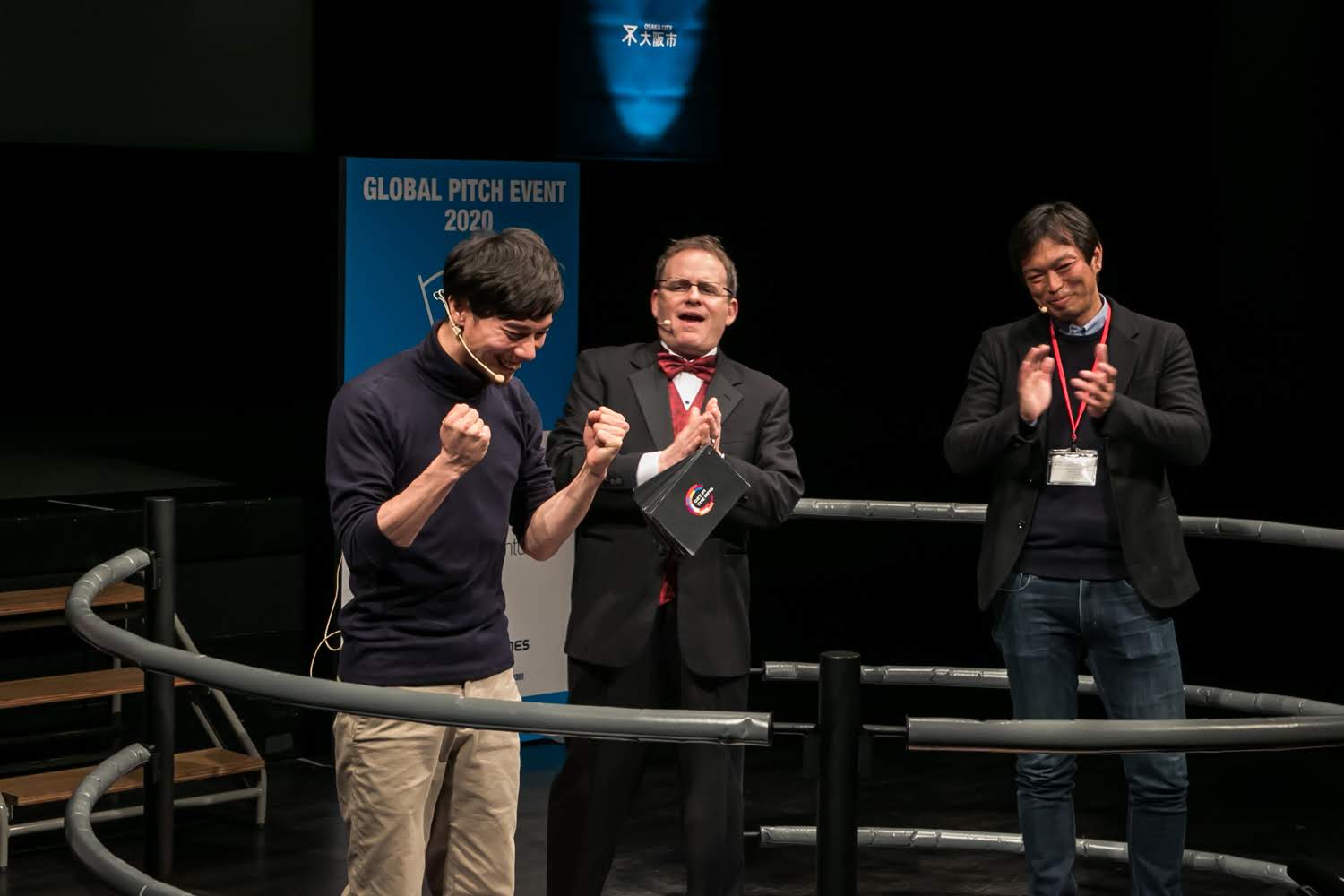 The first semi-final of the Middleweight Class was Que Q Thailand vs. Nihon Agri, Inc.. Que Q Thailand’s co-founder Jim Huang represented the fast-growing startup, a company that provides a virtual ticket platform with a digital payment gateway, so that you don’t waste time standing in line at such places as hospitals, restaurants and other businesses. The company has a solid user base in Thailand, with global revenue of 1M USD, and is expanding into other Asian markets, including Japan, where they participate in well-known acceleration programs.

Co-founder and CEO of Nihon Agri, Shohei Naito’s company is an agricultural start-up that strives to vertically integrate the entire agricutural – value chain, by engaging in production, import, marketing, and plant variety management of high quality Japanese agricultural products. They are operating in Southeast Asia, and plan to expand into South America and Africa as well.

The winner of the first semi-final of the Middleweight Class was Nihon Agri, Inc. 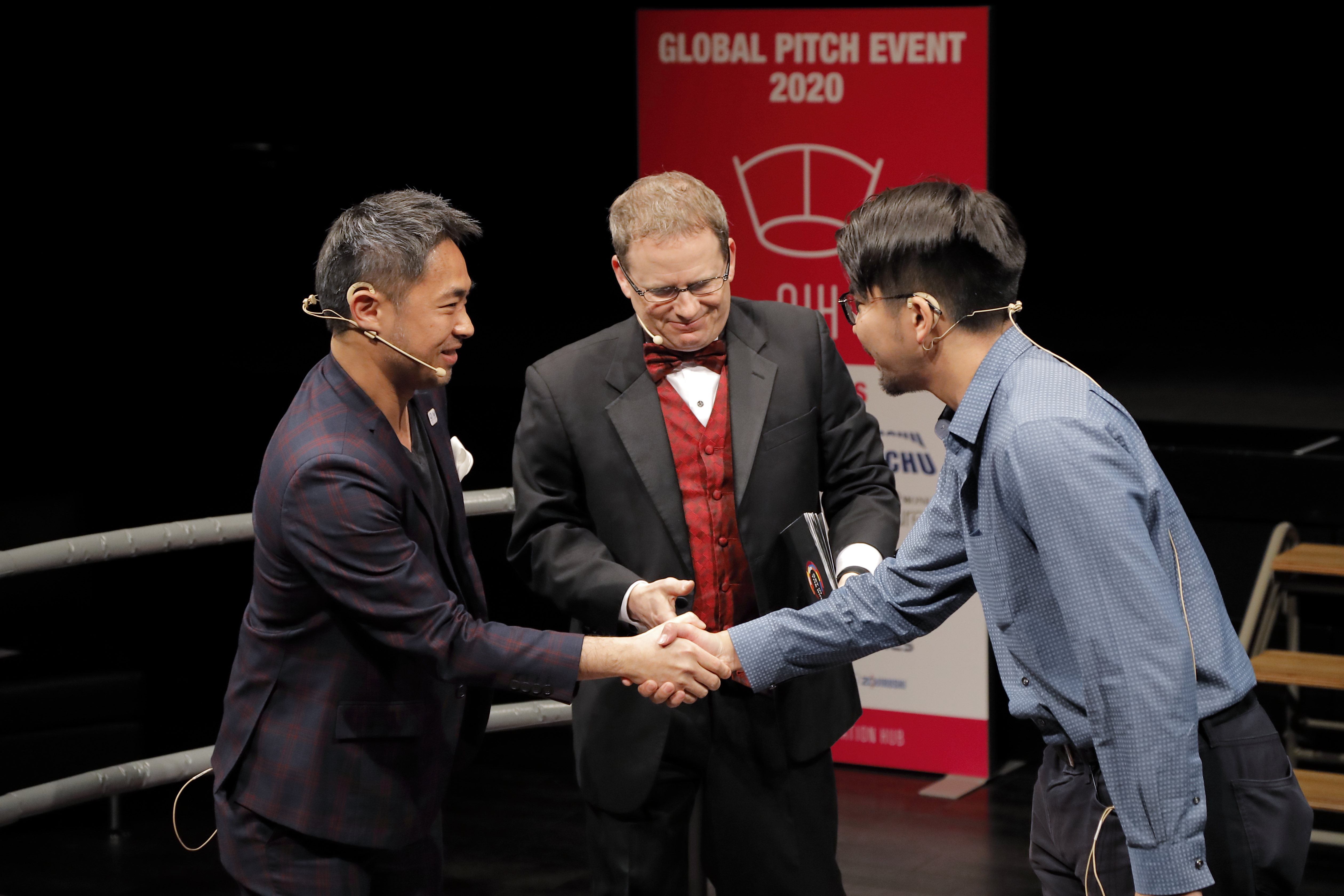 The second semi-final of the Middleweight Class was HACARUS vs. EAGLYS, Inc. and both companies had the shared commonality of Artificial Intelligence. HACARUS CMO Adrian Sossna pitched their A.I. solutions for manufacturing and medical industries, to digitize human expertise using a method called sparse modeling. EAGLYS’ Global Director Michal Kiezik talked about the value of A.I. data security. He explained the global need for technology that allows encrypted secure A.I. data to be accessed and utilized for calculation and analysis, without needing to decrypt it, thus exposing it to security risks.

The winner of the second semi-final of the Middleweight Class was EAGLYS, Inc.. 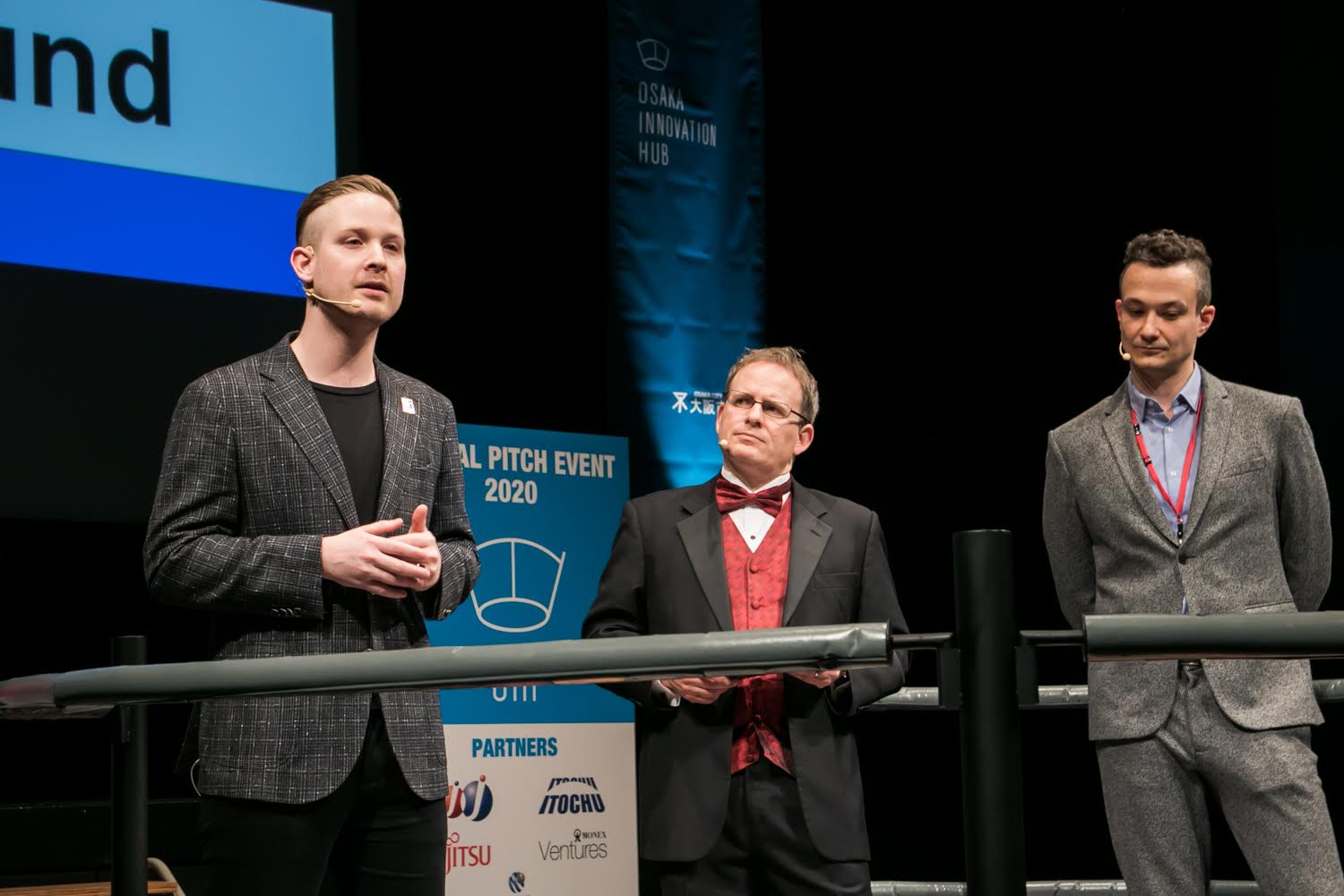 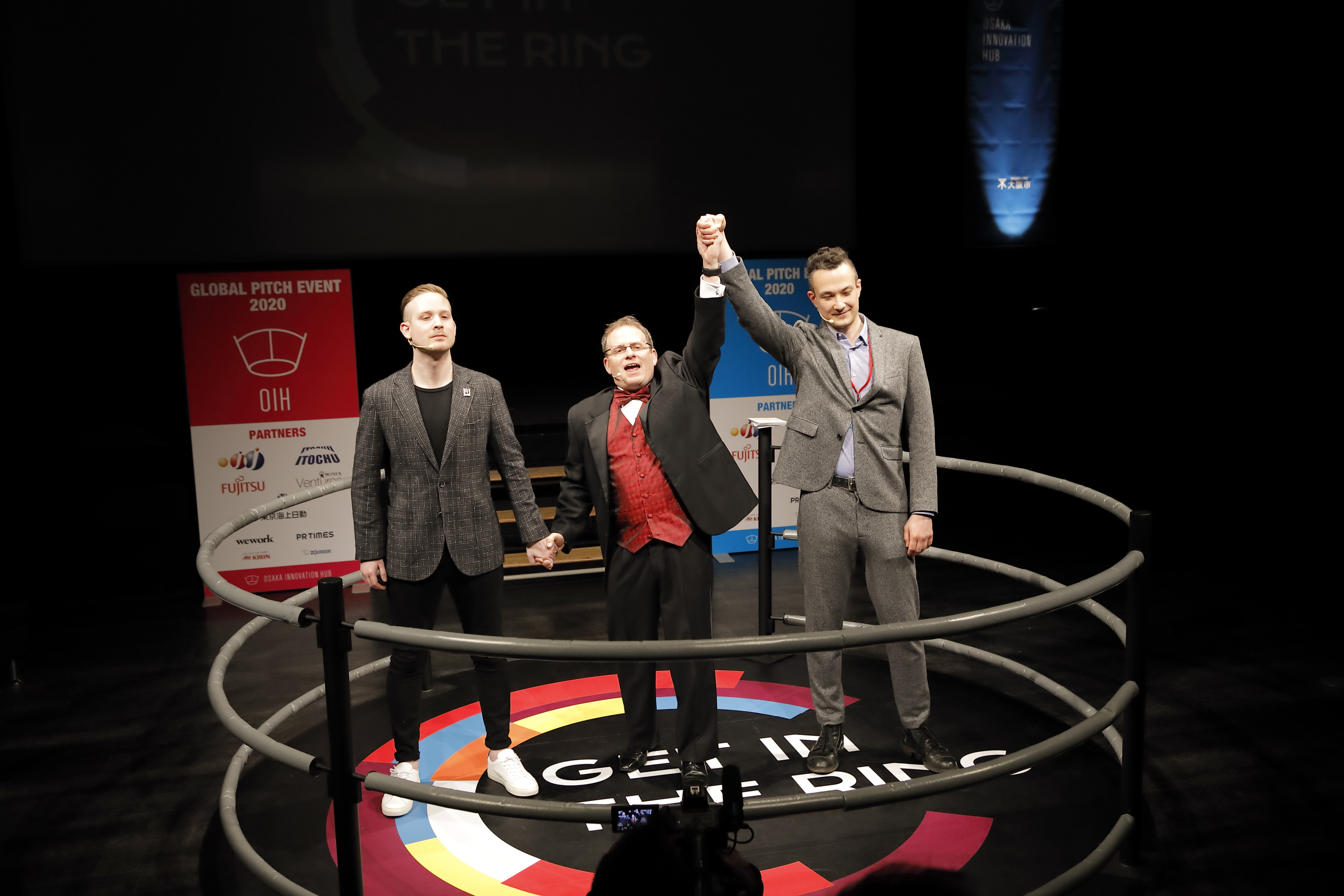 In the last battle, both Shohei from Nihon Agri, and Michal from EAGLYS, Inc. were given one minute to convince the judges why “they” should be the winner. The judges were also allotted time to ask additional questions.

It was obvious that choosing between the two companies would be difficult. They were from two completely different industries, with two different problems to solve.

Through several pointed questions, it seemed that each of the judges was able to form his own decision. The result came in. 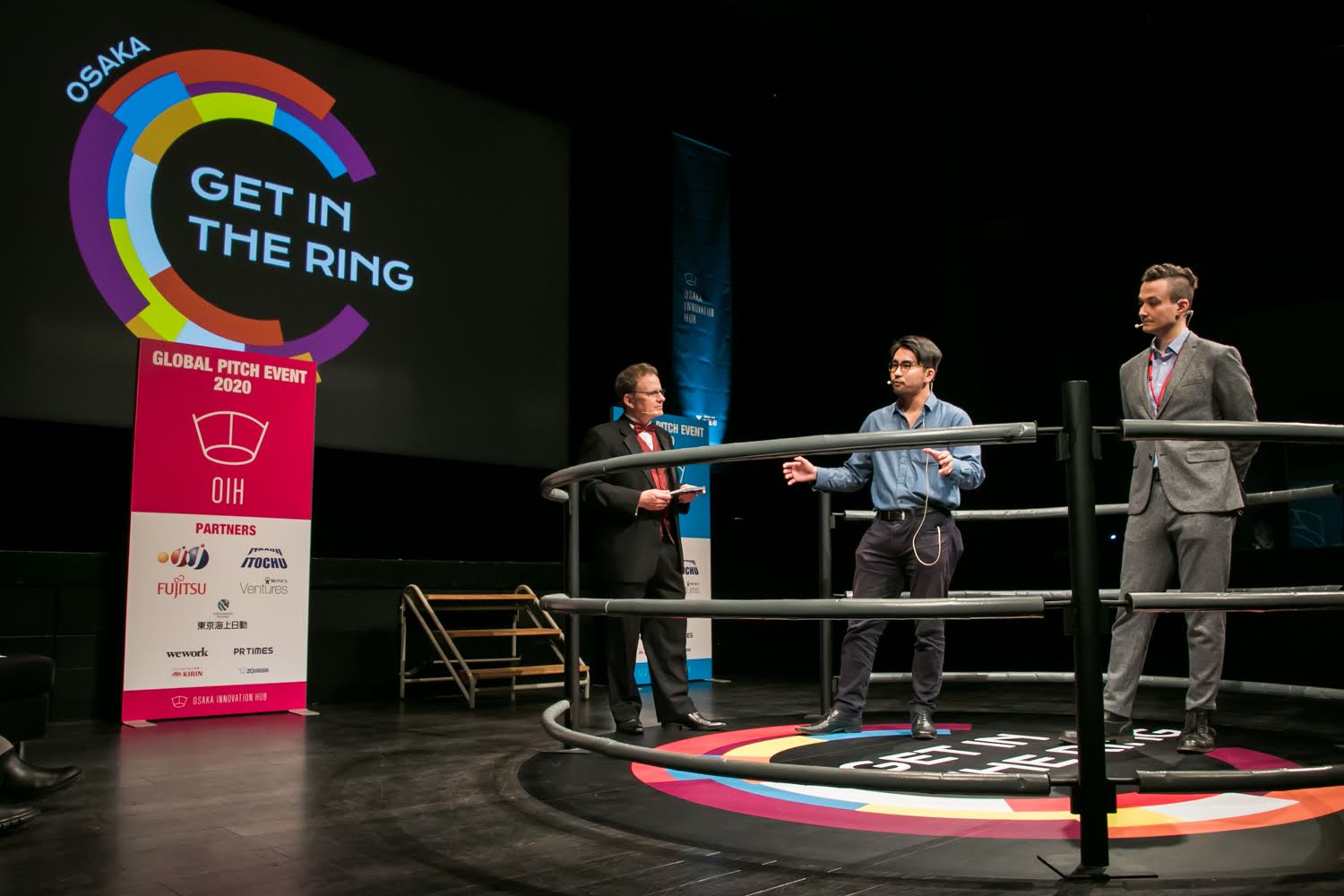 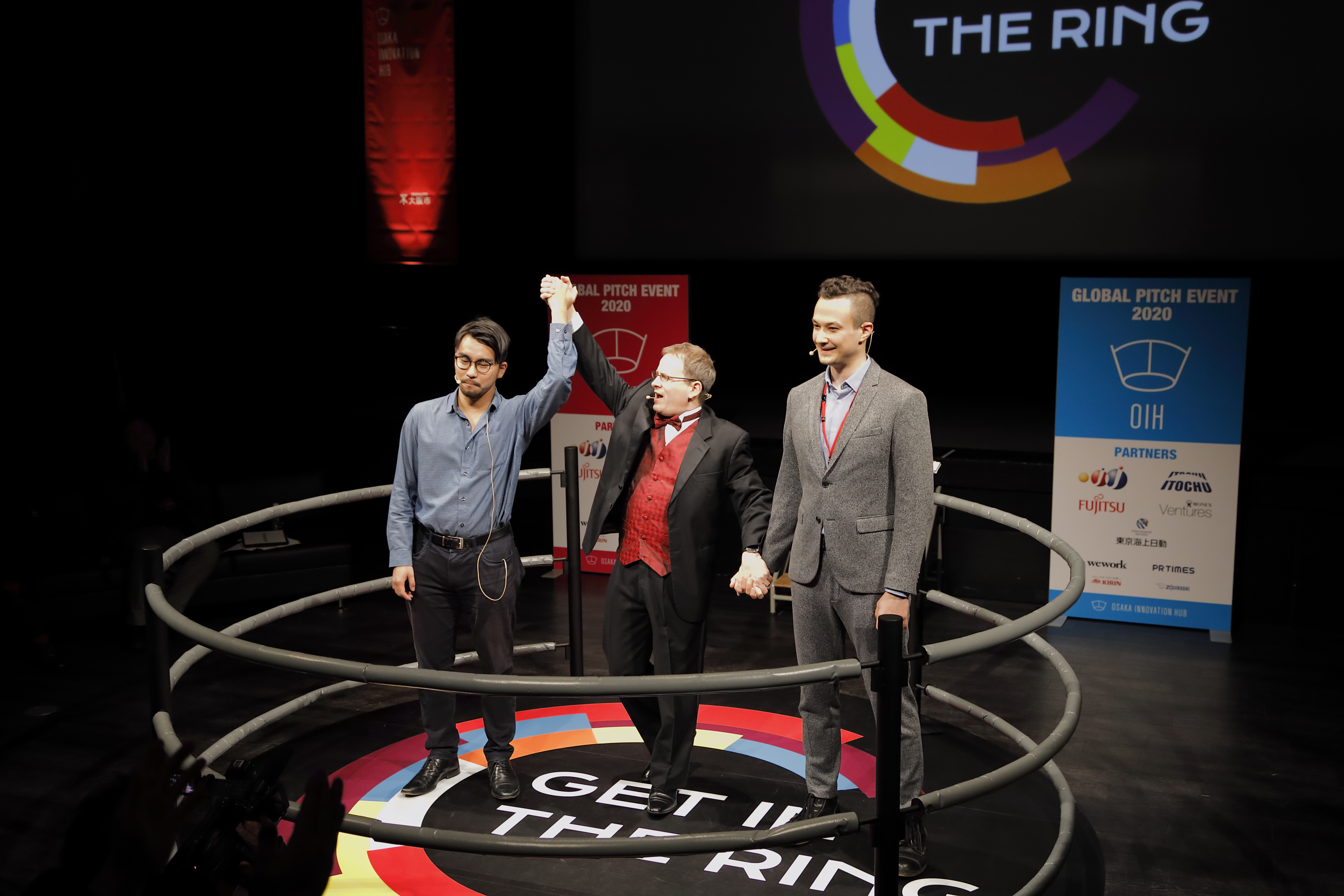 Here is the List of the Final Results, and Awards from the Event Sponsors:

HoloAsh and NihonAgri received tickets to the World Final in Montreal, Canada in June 2020. Congratulations!